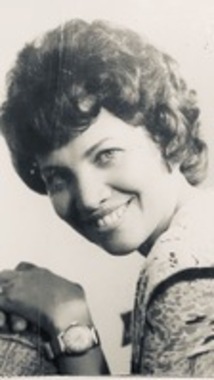 Back to Anastacia's story

Derry - Anastacia Tey de Batista, known by her middle name "Delbys" or simply "Mamá," passed away in her home in Derry, at the age of 96. She was surrounded by her sons, Diego and Anthony Batista, and her daughter-in-law of 43 years, Elisanta (Castro) Batista.
Nothing mattered more to Delbys than family and caring for children. She was born in Baracoa, Cuba on April 15, 1923, and was number five of eight children. She had a hand in caring for many nieces and nephews and their children in Cuba. In 1965, she left her beloved homeland with her son, Diego, to New York City to be reunited with her late husband, Diego Gaspar Batista Martinez. They were married for almost 60 years at the time of his death of cancer in 2005.

Once in the United States, she raised two sons in Willingboro, New Jersey and Downingtown, Pennsylvania. She cared for numerous children in her home, and would eventually help raise four grandchildren, who lived with her and/or spent their entire summer vacations with her. She is fondly remembered as a doting grandmother who cheered the loudest at school events, consoled kids with her amazing Cuban food, and made sure to pass on her stories, language and culture from Cuba.

In addition to her sons and daughter-in-law in Derry, New Hampshire, she is survived by three siblings - and their families in Cuba and the U.S. - Nidia Tey de Pineda of Union City, New Jersey; Jose Tey of Painesville, Ohio; and Ada Tey of Manchester, New Hampshire. She leaves behind seven grandchildren, Elisa Batista, Nidia Batista, Diego Batista, Nelsy Batista, Anthony Batista, Grace Batista, and Alexander Batista. She is also survived by three great grandchildren, Aristotle Moulitsas-Batista, Elisandra Moulitsas-Batista, and Sailis Batista.
Visitation hours are on Friday, November 22 from 4 to 8 p.m., and on Saturday, November 23, from 9 a.m. to 1 p.m. at the Peabody Funeral Homes and Crematorium on 15 Birch Street in Derry. A memorial service will be held on Saturday at 1:30 p.m. at St. Mark the Evangelist Parish in Londonderry. The address of the church is 1 South Road in Londonderry.
Published on November 21, 2019
To plant a tree in memory of Anastacia "Delbys" Tey de Batista, please visit Tribute Store.

Plant a tree in memory
of Anastacia

A place to share condolences and memories.
The guestbook expires on February 18, 2020.