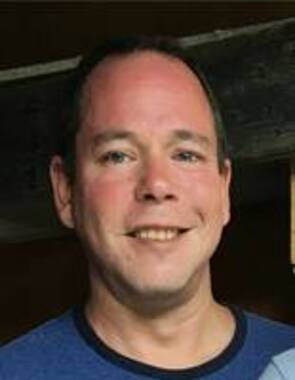 Back to Carl's story

Manchester, NH - Carl J. Boucher, 46, of Manchester, NH, formerly of Derry, N.H., died Friday January 3, 2020 after sustaining injuries from a fall.
Carl was born in Sherbrooke, Quebec, Canada on January 24, 1973, the son of Andre Boucher and the late Diane (Blais) Massaglia. Carl was a graduate of Pinkerton Academy in Derry Class of 1991. He later served in the US Army Reserves. Carl was an avid Red Sox fan and held a wealth of sports knowledge. Carl earned himself a place in the Guinness book of records in 1992 for snowmobiling from Alaska to Nova Scotia 10252 miles.
He is survived by his two children, Julianna Boucher and Andrew Boucher, both of Derry, the mother of his children, Isabelle Langlois of Derry, his father, Andre Boucher of Chester, NH, his stepfather, Paul Massaglia of Sierra Vista, AZ, three brothers, Steven Boucher and his wife, Carrie of Derry, Jason Boucher and his wife, Michelle of Chester, and Bryan Boucher and his wife, Tina of Harker Heights, Texas, two step-sisters, Michele Schindler of Derry, Wendi Massaglia of Sierra Vista, Ariz.; his step brother, Michael Massaglia of Sierra Vista, AZ, his step-grandmother, Hugette Le'tourneau of Sherbrooke, Canada, as well as five nieces and one nephew.

Following cremation, calling hours will be held on Saturday January 11, 2020 from 1 to 3 p.m. in the Peabody Funeral Homes and Crematorium, 15 Birch St., Derry. A memorial service will begin at 3 p.m. in the funeral home. Burial will be in the spring in Forest Hill Cemetery, E. Derry. To send a condolence or for more information, please visit www.peabodyfuneralhome.com.
Published on January 9, 2020
To send flowers to the family of Carl J. Boucher, please visit Tribute Store.

Send flowers
in memory of Carl

A place to share condolences and memories.
The guestbook expires on April 07, 2020.