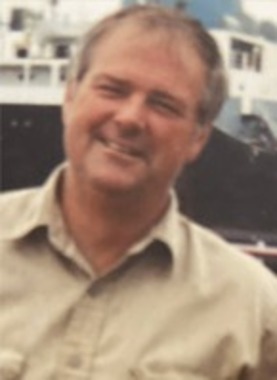 Back to David's story

Derry, NH - David Nye Hutchinson, 72, of Derry, passed away Monday, December 2, 2019 at his home on Beaver Lake, in Derry, NH, surrounded by his family. Born in Salem in 1947, David grew up in the Panama Canal Zone, where his father was a Panama Canal Pilot, navigating ships through the canal. Upon graduating from Cristobal High School in the Class of 1966, he embarked on a lifelong adventure that included being a helicopter pilot, flying Huey's in Vietnam from June 1969 to December 1970. He was awarded the Purple Heart for his skill and bravery when his helicopter was shot down, but he landed it with no casualties. In a recent reunion of his fellow pilots in "The Bandits" of the 11th Armored Cavalry in Colorado Springs, one of his crew members reminded him of how he navigated the helicopter while reaching for the fire extinguisher to put out the flames under his seat.
After being honorably discharged from the Army in 1972, David continued a life of adventure. From owning a hardware store in North Reading, Mass., he went on to become an Able-Bodied Seaman on oil tankers and, from there, to teaching himself all the material to sit for his Captain's license, which he received on April 25, 2006. In a career that spanned 25 years, he sailed for Maersk, Sea Land and American President Lines among others. His many voyages included transporting large military equipment to and from the Persian Gulf and Iraq, as well as shipping American goods to countries all over the world. Being a man who loved adventure and always looking for his next challenge, David taught himself the skills that enabled him, with the help of his three children, to build a home on Long Island, Maine that remains the hub of family activity on the Fourth of July and other holidays. Many families in the Derry area are well aware of his skills as a man who could fix almost anything as well as being able to make a customer's home beautiful with his painting and wallpapering acumen. Many would await his return from the sea, to execute their projects.
Above all else, he was a man who loved his family. Every voyage came with gifts for his children and grandchildren. It was papyrus from Egypt, coins from countries far and wide, pictures and books. Everyone always loved getting their "treasures from Grandpa's latest trip." But most of all, "Grandpa Dude" gave all the gift of his time. He woke up every day "just peachy" that a new day would bring new adventures, whether it be two trips to the grocery store to get everything to create tasty dinners, to making sure all knew how to recycle best on an island. He was the great teacher and leaves eleven grandchildren, some able to recreate his famous cranberry pie because he taught them how to do it. His love of all things historic and his encyclopedic knowledge has made each of them want to learn more. He was a formidable opponent in Trivia Pursuit and Jeopardy. He was a proud father and grandfather who went to soccer games, concerts, award ceremonies and school activities, even though some lived as far away as Philadelphia. He was the ever-proud father and grandfather whose time, generosity and teaching ability was an unsurpassed gift that will last a lifetime.
He even had time for other's children. David became a huge supporter of his wife's baton twirling team. He was "Mr. H" to all Red Star Twirlers from the first trip he took with them to Spain in 1985, where he and his wife, Gina, got married in Gibraltar, to the team's last trip to Paris where he brought three of his grandchildren. He was the team's biggest fan at competitions all over the country. In 1990, he started a Red Star tradition of giving each graduating Senior a gold charm custom made by a jeweler he met in Izmir, Turkey.
David was predeceased by his parents, Captain Norman Hutchinson and Joan Nye Hutchinson. In addition to his wife, Gina Willey Hutchinson, he has brothers Norman (Linda), Martin (Cindy) and Scott (Valerie). Also, children David Jr (Diana); Jeremy (Beth) and Dawn Marie and partner Gerard Stegmaier, stepdaughters, Lori Branley Fischer (Mark) and Lisa Branley Castro (Aaron). He has eleven grand children: Anna, Mathew, Patricia (Tish), Piper, Daniel ("Hutch"), Henry and Levi Hutchinson, Zachary and Benjamin Fischer, Jameson and Samuel Castro, sister-in-law, Cindy Willey Ford, and many nieces and nephews.
The family wishes to thank all those who have been so generous and supportive of David, especially his hospice nurses at Compassionate Care, his doctors and his neighbors on Beaver Lake.
Following cremation, calling hours were held on Thursday, December 5th from 4 to 7 p.m. in the Peabody Funeral Homes and Crematorium, 290 Mammoth Rd., Londonderry. In lieu of flowers, please consider donating to The Long Island, Maine Civic Association, PO Box 307, Long Island, ME 04050, longislandcivicassoc@gmail.com, or The Willey-Perra Community Giving Program, 2 Main St., Newport, NH 03773. To send a condolence, please visit, www.peabodyfuneralhome.com.
Published on December 5, 2019
To plant a tree in memory of David Nye Hutchinson, please visit Tribute Store.

Plant a tree in memory
of David