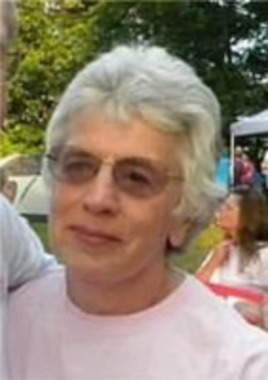 Back to Diana's story

Derry, NH - Diana F. LaRochelle of Derry, NH, passed away peacefully on April 24, 2019, following a lengthy illness. She was surrounded by the love of her husband, Dr. J. Eugene LaRochelle and her son, Dr. Joseph M. LaRochelle.
Diana was born in Malden, the daughter of the late Christy and Carmela (Conti) Lombardi. She is survived by her brother, Christopher and his wife Marie. Diana was also the sister of the late Mark, Robert, and Edward (Pat) Lombardi of Malden. She cherished her nephews and nieces, babysitting and showering them with her knitted sweaters and blankets.
She graduated from Malden High School and began her career in office management in Boston. She met the love of her life, Gene, growing up through summers at Big Island Pond, which remained a centering place for the Lombardi and LaRochelle families. Soon after Gene graduated from dental school, Diana was the office manager for Gene's dental practice in Derry. Diana's strong work ethic and attention to detail was instrumental in its success, and later, for the dental practice of Drs. Ahern and Nichols in Derry until her retirement, 47 years later.
Along with her husband, the center of her life was her son, Joe. As a family they enjoyed water skiing and boating on Big Island Pond and Lake Winnipesaukee. In addition to homemaking, Diana enjoyed her exercise classes at the gym, walking, and working in their yard. Diana was always cheerful and extremely hard working. Our family was blessed to have her in their lives.
Calling hours were held on Sunday, April 28th from 3 to 7 p.m. in the Peabody Funeral Homes and Crematorium, 15 Birch St., Derry. A Mass of Christian burial was celebrated on Monday, April 29th at 10 a.m. in St. Thomas Aquinas Church, 26 Cyrstal Ave., Derry. Committal services followed in the chapel at Mt. Calvary Cemetery in Manchester, NH. The family would like to thank the staff at the Inn at Fairview for their exceptional care during her illness. In lieu of flowers, memorial donations may be made to the Alzheimer's Association, 166 S River Rd., Suite 210, Bedford, NH 03110, or a charity of your choice. To send a condolence, please visit, www.peabodyfuneralhome.com.
Published on May 2, 2019
To plant a tree in memory of Diana F. LaRochelle, please visit Tribute Store.

Plant a tree in memory
of Diana

A place to share condolences and memories.
The guestbook expires on July 30, 2019.

Restore the guestbook to view the 1 more posts by family and friends, and share a memory or message of condolence of your own.