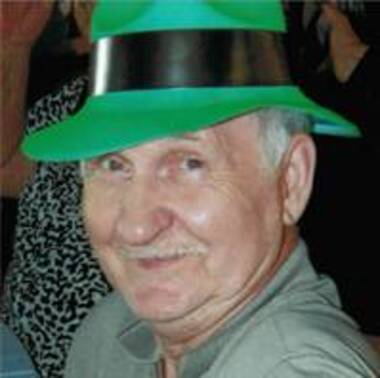 Back to Hector's story

Derry, NH - Hector J. Lemieux, 85, of Derry, NH, passed away on Saturday November 16, 2019, at his home surrounded by his loving family.
He was born in Notre Dame, Du Lac, Canada on June 10, 1934, a son of the late Emile and Agnes (Perron) Lemieux. Hector had been a resident of Derry since 1991, formerly living in Methuen, He worked as a cabinet maker for Andrew Wilson.
He is survived by his beloved wife, Yvonnette (Paradis) Lemieux; one son, Francis Lemieux; four daughters, Yvonne Perkins, Madeleine Lemieux, Linda Maxwell, and Julie Lemieux; 23 grandchildren; 13 great-grandchildren; as well as his siblings, Leonard, Rodriquez, Paul, Therese, Colette, and Georgette; and numerous nieces, nephews, and cousins. He was predeceased by several siblings, Maurice, George, Charles, Phillip, Robert, Alice, Emilienne, Sylvaine, Marie, and Martha.
Following cremation, memorial calling hours were held on Wednesday, November 20th from 4 to 6 p.m. in the Peabody Funeral Homes and Crematorium, 15 Birch St., Derry. A Catholic prayer service followed at 6 p.m. in the funeral home. To send a condolence or for more information, please visit, www.peabodyfuneralhome.com.
Published on November 21, 2019
To plant a tree in memory of Hector J. Lemieux, please visit Tribute Store.

Plant a tree in memory
of Hector

A place to share condolences and memories.
The guestbook expires on February 18, 2020.