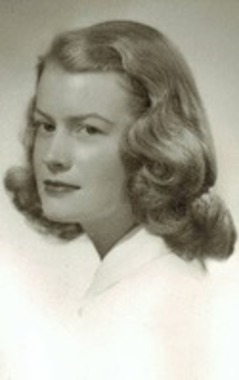 Back to Jane's story

Derry, NH - Jane Flather Benson, 89, of Derry, NH, died surrounded by love on Thursday, January 2, 2020, in Windham Terrace in Windham, NH.
She was born in Newton, MA on April 24, 1930, and was the only child of the late Ralph F. and Gwendolyn (Currier) Flather. Jane was a true "New England Yankee" with "Puritan" roots going back to the early 1600's. She had been a resident of Derry for the past 46 years. Her happy childhood was spent along the shores of Lake Winnipesaukee in Meredith, NH. Jane attended Meredith High School and graduated from The Garland School Jr. College, Boston, in 1950 after studying art and design. Throughout her lifetime, Jane always looked at everything from a sense of "style" and "design."
After college, Jane's most remarkable job was as the cartoonist's assistant to Bob Montana, who created the famous "Archie Comics." She loved laughing over story-lines with Bob and giving her input when asked. Also, in her career, Jane was an interior decorator both with Lloyd Baker, where she wrote her own weekly radio show on WLNH, and Lougee Robinson & Co. in Laconia. Later in life, she joined Filene's, Manchester, as a cash office clerk and enjoyed many years there until she retired.
Upon marriage, she and Richard, Lt. (USAF), moved to Apple Valley, CA, to be near George AFB where Richard was a jet-fighter pilot. They returned to New England after an exciting 18 months and settled in Manchester, Laconia, and eventually in Conway, NH, in the early 1960's. Jane was active with the Conway Village Congregational Church, the Conway Bicentennial Decorations Committee, Women's Club, ceramic crafts and sewing, and enjoyed skiing with her family at Mount Cranmore in the gorgeous White Mountains.
Jane's warmth, kindness, graciousness, and never-ending ability to find humor in so many things will be missed by many.
Her family, who cherished her, brought Jane her greatest joy. She is survived by her husband of 64 years, Richard V. Benson of Derry, whom she met at Lake Winnipesaukee; her daughter, Sarah Jane Benson Rosch and her husband, Steve, of Trumbull, Conn.; her son, Stephen Flather Benson and his wife, Katie, of New Hartford, Conn.; as well as two grandchildren, Hannah Jane Benson, and Zachary David Benson.
Following cremation, a calling hour will be held on Saturday, January 18th from 10 to 11 am in the Peabody Funeral Homes, 15 Birch St., Derry. The Rev. Arthur H. Reublinger will officiate. A memorial service will follow at 11 a.m. in the funeral home. The family requests that attendees please arrive closer to 10 a.m.A private committal service will be held in Nashua. To send a condolence or for more information, please visit, www.peabodyfuneralhome.com.
Published on January 16, 2020
To plant a tree in memory of Jane Flather Benson, please visit Tribute Store.

Plant a tree in memory
of Jane

A place to share condolences and memories.
The guestbook expires on April 14, 2020.