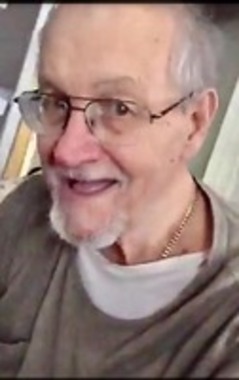 Back to John's story

Londonderry, NH - John F. Chabak, 74, of Londonderry, NH died peacefully on Monday, December 9, 2019 with his family present.
He was born on January 6, 1945 in Cambridge, MA a son of the late John and Jean (Ehl) Chabak.
John attended school in Medford, MA and continued his education at Bentley College. He started his work career in the IT departments of several computer companies, but finished his employment with the U.S. Postal Service, where he made many friends before retiring.
He had great passion for all the local Boston sports teams, especially the Patriots, having never missed a game. John also has an extensive baseball collection of which he was very proud and covered many decades. He also enjoyed history, astronomy, reading, movies, science fiction but most of all spending time with his family. He adored his boys and talked to them at great length concerning many subjects.
He is survived by his wife of 32 years, Abbey, and his three precious sons, Michael, Daniel and Steven. He is also survived by his wonderful sister-in-law Carol Bertoldi Freedman, a niece, Laurie Freedman and nephew Andrew Freedman, several close friends and cousins. He was predeceased by his brother-in-law, David Freedman.
Calling hours will be held on Wednesday, December 11, 2019 from 4 to 7 p.m. in the Peabody Funeral Homes and Crematorium, 15 Birch Street, Derry. Graveside services will be held on Thursday, December 12th at 11 a.m. in the Holy Cross Cemetery, Gilcreast Road, Londonderry. In lieu of flowers, memorial contributions may be made to the American Heart Association. To send a condolence or for more information, please visit www.peabodyfuneralhome.com.
Published on December 12, 2019
To plant a tree in memory of John F. Chabak, please visit Tribute Store.

Plant a tree in memory
of John

A place to share condolences and memories.
The guestbook expires on March 10, 2020.

Kim Boutin
Abbey, Michael, Steven and Daniel,
I am so sorry to hear of John's passing. He truly was one of my favorite patients and I absolutely adored him. Please know you are in my thoughts and prayers. I just saw this obituary today, otherwise I would have happily attended his services. It's funny, I was just thinking of him Sunday. Xo Kim
View all