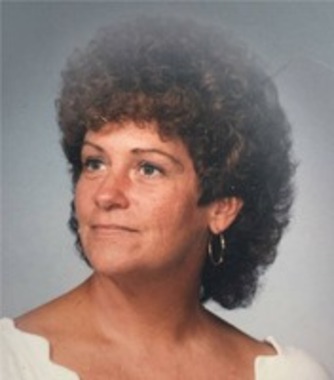 Back to Judith "Judy"'s story

Derry, NH - Judith E. "Judy" Lecaroz, 72 formerly of Derry, N.H., died Saturday November 9, 2019 at the Dover Health and Rehabilitation Center in Dover, NH. Judy was born in Malden, Mass. on June 28, 1947 a daughter of the late Stanley and Muriel (Lundgren) Welford. She was a 1965 graduate of Malden High School and had lived in Malden prior to moving to Derry in 1967. Judy was employed as an electronics inspector in quality control for Hadco Corp. in Derry for 10 years. She enjoyed flea markets, cookouts, and being surrounded by family and friends.
She is survived by her son, David Lecaroz and his wife Amanda of Travelers Rest, SC, her daughter, Michelle Short of Epping, NH, her longtime companion of 35 years, Gary Shell of Derry, and his children, Kelly and Brent Merchant, Jason and Layla Shell, Mark Shell, Wayne Shell, and Scott and Cyndi Shell, five grandchildren, Robert Estes, Jr. and his wife Kristy, Sean Bergeron, Staci Cioffi and her husband Dani, Jackie Lecaroz, and Sami Lecaroz, and two great-grandchildren, Kyle Boardman, and Jacklin Estes.


Calling hours will be held Wednesday November 13, 2019 from 4 to 7 p.m. in the Peabody Funeral Homes and Crematorium, 15 Birch St., Derry. A funeral service will follow at 7 p.m. in the funeral home. Following cremation, private burial will be in Forest Hill Cemetery, E. Derry. To send a condolence, or for more information please visit www.peabodyfuneralhome.com.
Published on November 14, 2019
To plant a tree in memory of Judith "Judy" E. Lecaroz, please visit Tribute Store.

Plant a tree in memory
of Judith "Judy"

A place to share condolences and memories.
The guestbook expires on February 11, 2020.