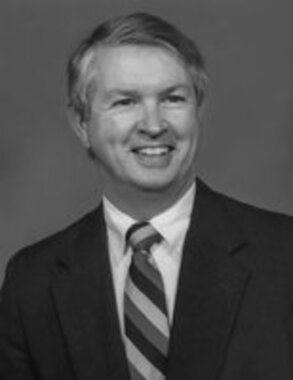 Back to Kenneth's story

Exeter, NH - Kenneth Hamilton Gould
October 18, 1938 - November 23, 2019
Ken Gould, a resident of Riverwoods in Exeter, N.H., died on November 23 after a brief illness. Ken was a lifelong resident of New Hampshire, growing up in Wolfeboro, raising a family in Derry, and living most recently in Kingston and Exeter.
Ken grew up skiing, sailing, and playing soccer, making the most of his home state's natural beauty. He especially loved his summers at Camp Belknap on Lake Winnipesaukee.
Ken was a middle child, with sisters who were six years older and six years younger. While that was a great divide when they were young, they all became good friends and traveling partners as the years went on. His older sister, Sylvia Denton, predeceased him, and he is survived by his younger sister, Jeanne Morrison.
Ken graduated from Brewster Academy and Babson College. He was the longtime owner of Gould's Dime Stores, Inc., operating Ben Franklin stores in Derry and Milford.
For many years, Ken represented Derry in the New Hampshire House of Representatives. It was in the House that Ken met his loving wife, Selma, who survives him. They enjoyed 37 years together. Among many other activities, they enjoyed their combined seven grandsons and one granddaughter.
Ken was the loving father of Kristen Gould Burnham (Keith) and Lydia Gould Bessler (John), whom he shared with his first wife, the former Janet Gunter, who predeceased him. He was the proud grandfather of Evan Burnham, Gregory Burnham, and Saffron Bessler. He was also the loving stepfather of Brenda Clark, Karen LoPilato, and James Jackson.
Throughout his life, Ken worked in the public interest, supported meaningful social change, and volunteered to help his community. If you are moved to make a memorial donation, please consider Camp Belknap ( www.campbelknap.org), a place of beauty, meaning, and fun that Ken loved dearly.
A celebration of Ken's life will be held in early 2020, on a date to be determined.
Published on December 5, 2019
To plant a tree in memory of Kenneth H. Gould, please visit Tribute Store.

Plant a tree in memory
of Kenneth