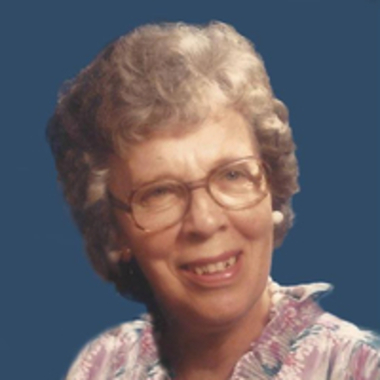 Back to Lucy's story

Derry - Lucy Bailey Brown, 91, of Derry, N.H. passed away peacefully on Tuesday, November 26, 2019 at Parkland Medical Center in Derry with her family present.
Born on August 4, 1928, Lucy was the second to the youngest in a family of nine, having four other brothers and sisters each. She was a lifelong resident of Derry; attended Derry public schools and graduated from Pinkerton Academy with the PA Class of 1947. She was very active in field hockey and basketball intramurals. She earned her "P" and volunteered for many social activities.
After graduation, she worked at shoe shops in Derry before matriculating to Manchester to work at the New Hampshire Insurance Company on North Elm Street. She met her future husband Les while working there. They were married for 61 years, while settling down in Derry. Lucy worked to get her insurance license and was co-owner of the Les Brown Insurance Agency for 21 years, retiring in 1984.
The retirement years found Lucy and her husband traveling the northeast with Joan and Bob Courtemanche. She attended line dancing classes for 19 years and met Doris Rand and other great friends. She was a fixture at PA basketball and football games. She enjoyed many a championship with her son Bruce while he was coaching. Going to Market Basket, her hairdresser Helen, church fairs and seeing friends in general were always good. Great times at Beaver Lake and especially Rocky Pond were cherished. Her religion was extremely important to her and she was a lifelong member of the Episcopal Church in Derry.
Lucy was predeceased by her husband, all her brothers and sisters, and her parents, Elwyn and Ethel Bailey. She is survived by a son, Bruce, of Derry, and several nieces and nephews.
There will be no calling hours. Lucy's funeral service will be held on Saturday, December 7th at 11:00am at the Episcopal Church of the Transfiguration, 1 Hood Road, Derry, N.H. She will be laid to rest at Forest Hill Cemetery, East Derry.
In lieu of flowers, memorial donations may be made to the Church of the Transfiguration or to the charity of one's choice.
Assisting with arrangements is Phaneuf Funeral Homes and Crematorium. To view Lucy's online tribute, send condolences to her family, or for more information, visit www.phaneuf.net.
Published on December 5, 2019
To plant a tree in memory of Lucy B. Brown, please visit Tribute Store.

Plant a tree in memory
of Lucy

Dotte Wallace
My prayers and deepest sympathy to Lucy's family and friends.
View all