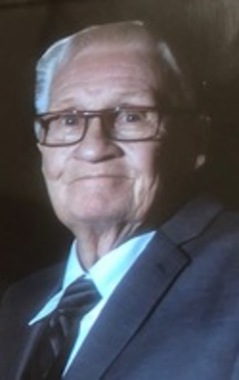 Back to Peter's story

Derry, NH - Peter F. Doyle, Jr., 78 of Derry, NH died Sunday January 12, 2020 at his home. Mr. Doyle was born in Boston on September 22, 1941, a son of the late Peter and Mary (Carroll) Doyle. He had resided in Derry for the past 23 years, formerly living in Everett, Mass. Mr. Doyle served with the US Army during the Vietnam Era. He retired from the US Post Office, South Postal Annex in Boston after 25 years. Mr. Doyle was a friend of Bill W. and was a member of the American Legion.
He is survived by his two daughters, Laura Ezekiel-Marsh and her husband Daniel Marsh of Derry, and Julie Doyle of Burlington, Vt., three grandchildren, Charis Doyle, Mackenzie Hayes, and Haleigh Smith, one great-granddaughter, Autumn Maurice, and his life partner, Joan Sorenson of Londonderry. He also leaves several cousins, including Kathy and Bobby Moreschi. He was predeceased by his wife, Arlene M. Doyle in 2010, and by his sister, Sheila Doyle.
Following cremation, calling hours will be held on Saturday, January 25, 2020 from 1 to 3 p.m. in the Peabody Funeral Homes and Crematorium, 15 Birch St., Derry. Burial with honors will be held at a later date at the NH State Veteran's Cemetery, Boscawen, NH. To send a condolence or for more information, please visit www.peabodyfuneralhome.com.
Published on January 16, 2020
To plant a tree in memory of Peter F. Doyle, please visit Tribute Store.

Plant a tree in memory
of Peter

A place to share condolences and memories.
The guestbook expires on April 14, 2020.