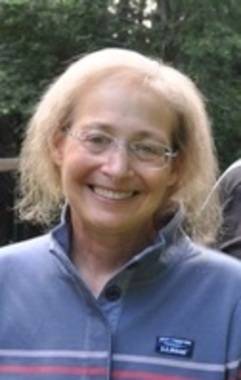 Back to Sarah's story

Londonderry, NH - Sarah Levitan Larie, 60, of Londonderry, NH, passed away at home surrounded by her loving family on Wednesday, January 1, 2020, following a courageous battle with cancer.
She was born on June 9, 1959, in New York, NY, a daughter of the late Philip and Monique (née Swartz) Levitan. Sarah was raised in Stamford, CT and attended the University of Connecticut, where she received her bachelor's degree in Mathematics. She went on to receive a master's degree in Computer Science from the University of Connecticut in 1979 and was proud to have been a member of the first class of graduates ever awarded such a degree. She worked as a software engineer at Bell Labs in Andover, MA for 17 years. Sarah married the love of her life, Paul R. Larie, in 1988 and then moved to Londonderry, NH one year later where they would start their family. Their daughter, Kimberly, arrived in 1990, followed by their first son, Philip, in 1992 and second son, Dale, in 1997. She enjoyed swimming, competing in triathlons and puzzling, and also had a particular fondness for ice cream. Sarah loved animals; she could often be seen walking her golden retriever around the neighborhood, rain or shine, and will be sadly missed by those on her walking route.
She is survived by her loving husband of 32 years, Paul R. Larie; her daughter, Kimberly Larie, of Boston; her two sons, Dale Larie, of Londonderry, and Philip Larie and his wife, Kimberly, of San Francisco, Calif.; as well as her brother, Benjamin Levitan.
There are no calling hours. Following cremation, Sarah will be laid to rest in the spring at Pillsbury Cemetery in Londonderry. In lieu of flowers, donations can be made in Sarah's name to the Dana Farber Cancer Institute, P.O. Box 849168, Boston, MA 02284 or at https://danafarber.jimmyfund.org. The Peabody Funeral Homes and Crematorium of Derry and Londonderry are handling the arrangements. To send a condolence or for more information, please visit www.peabodyfuneralhome.com.
Published on January 9, 2020
To send flowers to the family of Sarah Levitan Larie, please visit Tribute Store.

Send flowers
in memory of Sarah

A place to share condolences and memories.
The guestbook expires on April 07, 2020.