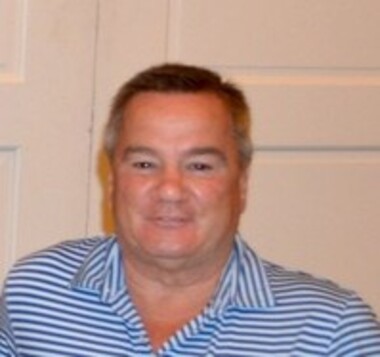 Back to Steven's story

Londonderry, NH - Steven "Whiz" Tomaselli, 63, of Derry, NH passed away at his residence, Tuesday, December 17, 2019 after a period of declining health.
He was born December 21, 1955 in Derry and was a son of Pauline (Hughes) and the late Joseph Tomaselli. He was a lifelong resident of the Derry area, attended St. Thomas Aquinas School and graduated from Pinkerton Academy.
Steven was a stone mason and tile setter by trade with Merrimack Tile Company. After an early retirement from this career he later worked various odd jobs. He favorite pastimes included cooking, watching and feeding the birds in his yard, gardening and spending time with his beloved cat Boo. The orange tabby was his constant companion. Steven taught him many tricks including putting himself in time-out when naughty. Steven was a jack of all trades, always willing to lend a hand and his advice and opinions even if they were unsolicited. He will be remembered for his infectious laugh, generosity and storytelling. He was short in stature but had a larger than life personality.
In addition to his mother Pauline Mulrennan of Lake Mary, FL., he is survived by two daughters, Crystal Sanders and her husband Christopher of Concord, NH, and Tiffany Tomaselli of Manchester, NH; his former spouse and mother of his children Sheri (Marcotte) Couture; four siblings and their spouses, Kathryn and Frank Catalfamo of Fitchburg, Gina and Bryan Maki of Ewa Beach, HI., Joseph and Debra Tomaselli of Maitland, Fla. and Kevin and Becky Tomaselli of Longwood, FL.; his best friend, Bonnie Van Laarhoven; many nieces, nephews, cousins and his cherished cat "Boo".
After cremation, visitation will be Friday, January 3, 2020, from 4 to 7 p.m., at the Peabody Funeral Homes and Crematorium 15 Birch Street, Derry, NH and a Mass of Christian Burial will be celebrated Saturday 10 a.m. at St. Thomas Aquinas Church, 26 Crystal Ave. Derry, NH. Burial will conclude at Holy Cross Cemetery in Londonderry. In lieu of flowers, memorial donations may be made to the American Heart Association; Heart Gifts Processing Center, PO Box 3049, Syracuse, NY 13220. To send a condolence, please visit www.peabodyfuneralhome.com.
Published on December 26, 2019
To plant a tree in memory of Steven "Whiz" Tomaselli, please visit Tribute Store.

Plant a tree in memory
of Steven

A place to share condolences and memories.
The guestbook expires on March 24, 2020.

Amy
I was Steves recent neighbor. I am so truly sorry for your loss. Steve was always out playing in the snow. He loved snowplowing. I remember first meeting him while he was chasing Boo around outside because he got out. Steve always had a smile on his face and was an overall great guy.
View all